To preserve and strengthen camaraderie among VFW members; to perpetuate the memory and history of our dead, and to assist their widows, widowers and orphans; to maintain true allegiance to the government of the United States of America and fidelity to its Constitution and laws; to foster true patriotis m to maintain and extend the institutions of American freedom; and to preserve and defend the United States from all her enemies, whomever and wherever they may be.

1. TO ENSURE OUR NATIONAL SECURITY through maximum military strength.
2. TO SPEED THE REHABILITATION of the nation’s disabled and needy veterans.
3. TO ASSIST THE WIDOWS AND ORPHANS and the dependents of disabled and needy veterans.
4. TO PROMOTE AMERICANISM through education in patriotism and constructive service to the communities in which we live.

The organization of the O’Fallon Veterans of Foreign Wars Post 5077 was called to order at the Old Assumption Grade School Auditorium on 25 November 1945 by the VFW’s 9th District Commander. At this meeting, an election was held to identify officers to temporarily serve until the next regular election could be held in March 1946. The obligation of office was given to twelve of the original Charter Members with the Adjutant reading off names of 47 applicants for membership. The original Charter of the Post closed with 30 names.

As Post 5077 started, the members met in various places – the first location was the old City Hall and Fire Station located on West Elm Street approximately one block west of Main Street. Later, the meetings were moved to the back room of Bill and Mabel Lindemann’s Restaurant on Main Street. Although Mr. Lindemann was not a veteran, he was eager to help get the Post started and offered his meeting room rent free. This building was later known as Chuck and Dale’s Tavern. After a few months, the Post move to a location at the intersection of Sonderen Street and East Elm, known then as the Colored School House. This building was owned by the public school system, but had not been used for several years.

The members of the Post selected the name of Hinkel-Kleeschulte-Westhoff as the name of the organization. Members selected this name to honor Private First Class Peter Westhoff, the first Soldier killed in action from our area during World War I; as well as Private First Class Raymond Hinkel and Corporal Clemens A. Kleeschulte, who were the first area Soldiers killed in action in World War II.

PFC Peter Westhoff was born 29 November 1894 and was killed in action 2 November 1918. He served with Company B, 314th Engineer Battalion, 89th Division. His remains are buried at Assumption Church Catholic Cemetery in O’Fallon.

PFC Raymond Hinkel was born 29 July 1919 and was killed in action 3 November 1944. He was reportedly killed in a land mine explosion while driving his jeep across a bridge somewhere in Italy. He served with the 362d Infantry Regiment, 91st Division. His remains were returned to O’Fallon in 1946 and are interred in the Assumption Catholic Cemetery.

CPL Clemens A. Kleeschulte was born 29 March 1917 and was killed in action on 13 November 1944. He served with Battery C, 310th Field Artillery Regiment. His remains are interred in a military cemetery in Epinal, France. 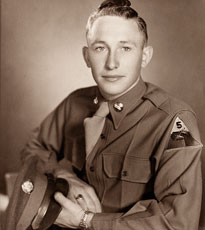 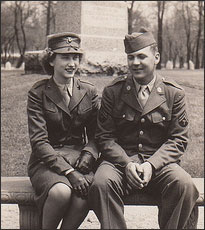 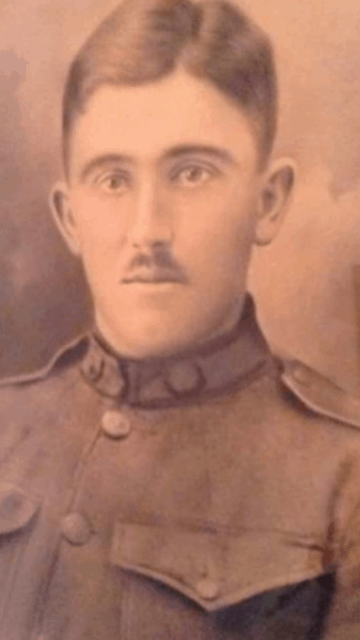